Gallery of Frescoes of the National Museum in Belgrade is unique by its function and content, collecting, safeguarding and exhibiting in one place the highest achievements of Serbian Medieval and Byzantine art. Its rich collection includes 1,300 copies of frescoes created between the 11th and mid-15th century as well as some copies of icons and miniatures from the same period. The collection also has around 300 plaster casts of medieval monumental sculpture and epigraphical monuments. All copies were done by academic artists specialized in that area. Their dimensions, method of creation as well as damages are authentically to the originals. Many artifacts in the Collection are originally from monuments that are destroyed or endangered.

The first initiative for copying frescoes with the goal to establish the Museum of Frescoes and organize exhibitions abroad, originated from the Committee for Culture and Art of the Government of People’s Federate Republic of Yugoslavia in 1947. The initiative resulted in a big Exhibition of Yugoslav Medieval Art in 1950 in Palace Chaillot in Paris. For the exhibition, 160 copies of frescoes and 105 plaster casts were prepared. On February 1, 1953, upon the completion of the exhibition and return of the artifacts to the country, the Gallery of Frescoes was opened as a second museum of that type in the world.

The building dedicated for the Gallery of Frescoes was built in 1952 on a plot of the Synagogue Bet Israel which was demolished by the Nazis in 1944. The Jewish Community has donated the plot to the City of Belgrade under the condition that the future building is dedicated to culture.

The first Director of the Gallery, Milan Kašanin, significantly expanded the collection by 441 additional copies, and created the concept of the first Gallery’s display. During the following decades, the Gallery of Frescoes was dedicated to further creation of copies, presentation and research of artworks that belong to the Byzantine tradition, particularly Serbian Medieval art. Since 1962, painting and sculpture studios were formed as a part of the Gallery. The Gallery of Frescoes has joined the National Museum in Belgrade in 1973.

Curator of the Collection of copies of frescoes and plaster casts: Bojan Popović, MA 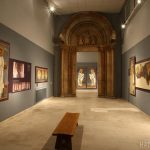 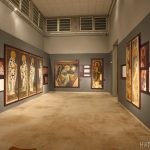 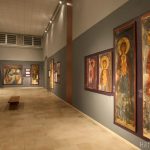 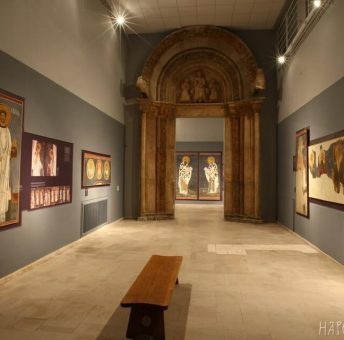 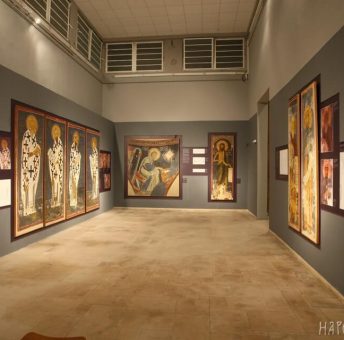 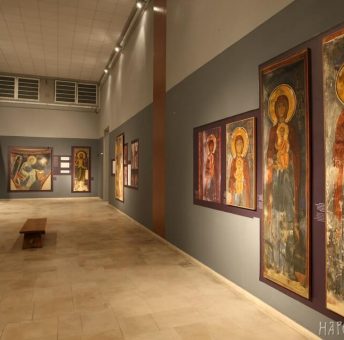 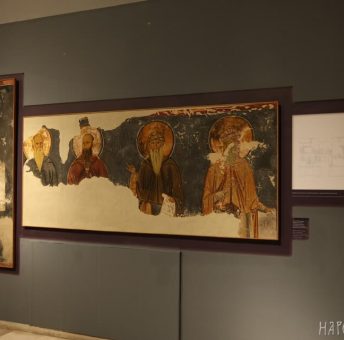